The information collected will never be shared with any third party organizations unless ordered by a court of law. Information submitted to us is only available to employees managing this information for purposes of contacting you or sending you emails based on your request for information. You can opt-out of Google Analytics for Display Advertising and customize Google Display Network ads by visiting your Google “Ads Settings”.

You can opt out of a third party vendor’s use of cookies by visiting the “Network Advertising Initiative Opt-Out Page”. Third parties such as Facebook may use cookies, web beacons, and similar technologies to collect or receive information from our website(s) and use that information to provide measurement services and target ads. Users can opt-out of the collection used for ad targeting. Information submitted to us is only available to employees managing this information and partnered third party API’s for purposes of contacting you, sending you e-emails, or targeted ads based on your request for information. We may from time to time contract with third party vendors to serve ads to our customers on our behalf across the Internet or to send direct to customers whom we think may be interested in our products or services. To do this, the vendors will collect anonymous information about your visits to our Web site and your interaction with our products and services. This anonymous information is collected through the use of a cookie or pixel tag – industry standard technology used by most major Web sites. They may also pool the anonymous information that they collect with other sources of information not collected during your visit to our website, which may include your name and mailing address, for purposes of determining whether you might be interested in receiving direct mail.

If you do not wish for cookies or pixel tags to be placed on your computer, most commercially available web browsers permit you to prevent that from taking place. To opt-out of receiving our direct mail, you may call us at 1-800-346-6616 or mail us at 402 BNA Drive, Suite 350. Nashville TN 37217.

May 22, 2013 – David Scarbrough weighed 18 ounces at birth. At age three, he was diagnosed with cerebral palsy. As David grows, his muscles struggle to keep up, but his spirit more than makes up for it. Now 13, David is a Boy Scout and the MVP of his Tee Ball League. He loves dogs, four-wheeling and collects, of all things, keys. He has hundreds on a key ring on a bike he keeps in his backyard.

But the key to David’s heart and his rehabilitation is inside his home. He calls it Soaky.

In September of 2012, David’s mother, Ronette, was advised by David’s doctors to seek out a walk-in tub to assist with David’s mobility and therapy. Faced with rising medical costs from David’s care, Ronette took her quest for the walk-in tub online.

“I found Ronette and David’s story online and knew we could make a difference,” said Allender. “So I walked into Mike’s office and said, ‘Mike, we have to give them a tub.’ Mike didn’t hesitate. He decided on the spot to make the donation to assist the Scarbroughs.”

When the home office called Ronette, her response was a little more than subtle.

“Oh my gosh, you guys are awesome,” said Ronette. “I can’t believe this is happening.”

Soaky, you see, is a Safe Step’s state-of-the-art, top-of-the-line walk-in tub, which was donated by Safe Step at no cost. David uses the tub up to 7 times a day. His doctors, who recommended Safe Step by name, are as pleased as his mother.

“Since we’ve had the tub, David’s mobility has improved. The swelling in his knees has been reduced dramatically,” said Ronette. “When his doctors and therapists heard about the donation, they were amazed and thrilled because they knew the therapeutic benefits of the tub were immense.”

Six months after the installation, Safe Step revisited Susanville, California to check in on the Scarborough. And Soaky.

“We’re here today because we care,” said Safe Step representative Derek Farley. “We wanted to see the impact of the donation. We found that the tub is used every day, multiple times a day, and that it’s really become a member of the family.” 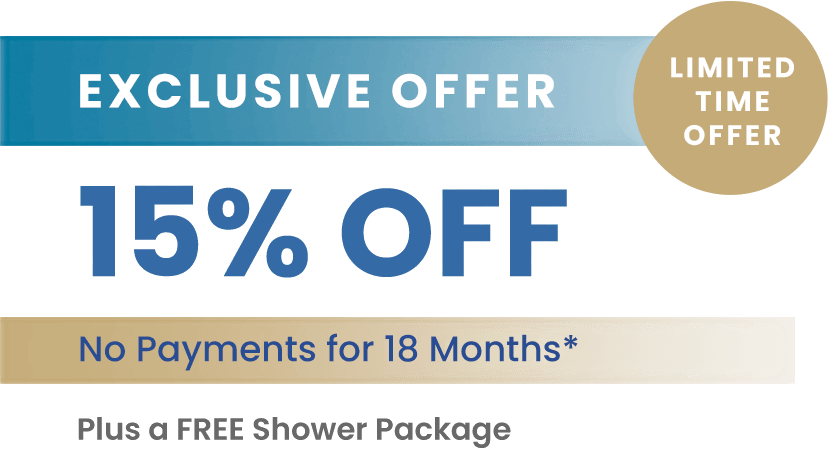 This website uses cookies to improve your experience while you navigate through the website. Out of these, the cookies that are categorized as necessary are stored on your browser as they are essential for the working of basic functionalities of the website. We also use third-party cookies that help us analyze and understand how you use this website. These cookies will be stored in your browser only with your consent. You also have the option to opt-out of these cookies. But opting out of some of these cookies may affect your browsing experience.
Necessary Always Enabled
Necessary cookies are absolutely essential for the website to function properly. These cookies ensure basic functionalities and security features of the website, anonymously.
Functional
Functional cookies help to perform certain functionalities like sharing the content of the website on social media platforms, collect feedbacks, and other third-party features.
Performance
Performance cookies are used to understand and analyze the key performance indexes of the website which helps in delivering a better user experience for the visitors.
Analytics
Analytical cookies are used to understand how visitors interact with the website. These cookies help provide information on metrics the number of visitors, bounce rate, traffic source, etc.
Advertisement
Advertisement cookies are used to provide visitors with relevant ads and marketing campaigns. These cookies track visitors across websites and collect information to provide customized ads.
Others
Other uncategorized cookies are those that are being analyzed and have not been classified into a category as yet.
SAVE & ACCEPT
EXCLUSIVE OFFER
OFFER ENDING SOON
15% OFF
+ FREE Rainfall Shower Package
No Payments for 18 months*!
| OR |
CALL US • (888) 746-1715
Get a Free Quote
Get Access Now! & Save 50%
Personal Trainer FREE Nutrition Custom Workout App
Get Access Now!